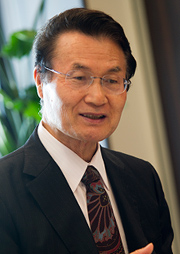 The accident at the Fukushima Daiichi Nuclear Power Plant, which occurred in the aftermath of the magnitude-9.0 earthquake that devastated eastern Japan on March 11, 2011, gave rise to a host of serious problems with direct implications for governance, the nuclear power industry, and the scientific world.
As news of ongoing leakage from the stricken nuclear reactors continued day after day to feature prominently in various news media in the months following the accident, the citizens of Japan lost trust in the so-called “authorities” and “expert groups”, which had neither provided clear and accurate explanations of the circumstances surrounding the problems nor devised coherent measures to respond to them. As a result, concerns continue to grow. This lack of information has also triggered a string of pressing questions: “Why did the responsible authorities (the plant operator and/or the government agencies) continue to incorporate technology they could not fully control?”, “Why were citizens encouraged to believe that nuclear power is safe instead of being fully informed of the potential dangers?”, “Why did the government monitoring system – which should have ensured citizens’ safety – fail to work?”, “Can the government now be trusted to fulfill the crucial role of monitoring safety?”
Numerous scientists and engineers have been, and continue to be, experiencing frustration at being unable to respond to citizens’ concerns, and the media has grown increasingly suspicious as to why the nation’s scientists and engineers have not been forthcoming in clarifying such matters. The underlying reason for this unfortunate state of affairs was that, in the immediate aftermath of the nuclear accident, most scientists and engineers were unable to obtain sufficient information to accurately judge either what was happening at the time or what to expect in the future. Furthermore, some of them were academics bound by self-imposed regulations aimed at preventing the kind of mass panic that could result from rash individual predictions. For these reasons, many scientists and engineers specializing in nuclear power or similar fields were perhaps feeling even more helpless and frustrated than was anyone else.
Later, as clear information about the damaged nuclear power plant slowly trickled in, numerous other questions surfaced: “Were the longstanding basic viewpoints about nuclear safety actually correct?”, “Were the evaluation and monitoring processes related to nuclear power promotion functioning correctly?”, “Did the state fulfill its true obligation to secure citizen safety?” In other words, the questions that surfaced struck at the very social system that should typically be securing various aspects of nuclear safety. As such, the concerns were not restricted to nuclear power experts, but were also directed toward relevant experts in other fields. Furthermore, numerous people criticized the government’s lack of appropriate, pre-determined measures to ensure nuclear safety. This, people believed, was a definite government responsibility that was ultimately shirked.
Even now, months after the nuclear accident, I feel that citizens are still in doubt and remain frustrated at being presented with insufficiently explained decisions involving risks that they and other citizens may be exposed to in the future. Moreover, there is lingering discontent as well at the fact that most details were accessible only to certain government organizations. My sense is that citizens are still being left in the dark and are feeling distrustful.
Japan has also been criticized overseas for failing to disclose sufficient information to other nations, as well as for refusing to provide accurate information to its own citizens. Indeed, soon after the accident, real-time analyses of the nuclear reactors and radiation contamination zones in the disaster areas were sometimes sent to Japan from other countries, owing to inadequacies in the assessments occurring within Japan itself.
Considering this history and the surrounding circumstances, we have an obligation toward the citizens of Japan, as well as to the global community, to properly investigate the accident before memories fade, and to communicate our findings in a broadly accessible way. It is essential that the investigations not be restricted to the Japanese government and the plant operator, Tokyo Electric Power Co., Ltd. (TEPCO). Rather, such inquiries must also be handled independently and multilaterally by the National Diet and/or the private sector. To that end, an investigation committee has already been set up by the government under the guidance of Committee Chairperson Yotaro Hatamura, and the Diet has likewise begun preparations aimed at establishing its own investigation committee.
Within this arena, the Rebuild Japan Initiative Foundation’s Independent Investigation Commission on the Fukushima Daiichi Nuclear Accident (Fukushima Project) consists of members drawn from the private sector, in independent positions, and with no direct interest in the business of promoting nuclear power. Using the independent status of these members, the Fukushima Project will conduct its own investigation separately but in tandem with the investigation committees of the Japanese government and Diet.
This Commission’s overarching goal is to determine the truth behind the accident by clarifying the various problems that arose through case studies targeting specific factors. In this way we aim to identify and reveal the systematic problems behind these issues. Our guiding vision is to ensure that this nuclear accident – which caused unprecedented damage — will never be forgotten. We also hope to create a new starting point to which Japan might bounce back by identifying clear lessons that can be learned. Finally, taking an international perspective, we endeavor to contribute to the global community by conducting investigations and analysis based on comments from overseas experts and by releasing a final comprehensive report on the accident from Japan.
We intend to work diligently on this project so that we can report our findings next spring, and look forward to gaining your understanding and cooperation in this process. 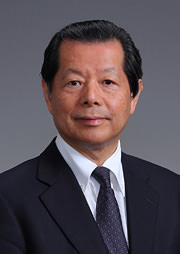 We established the “Independent Investigation Commission on the Fukushima Daiichi Nuclear Accident” in September 2011. This commission will operate independently of the Japanese government’s Investigation Committee on the Accidents at the Fukushima Nuclear Power Station of Tokyo Electric Power Company (hereafter referred to as “the government’s investigation committee”), established earlier this year. The mission of our independent investigation commission is to identify the causes of the various accidents and the factors related to the resulting damages, to determine the realities behind the failure to prevent the spread of damage, and to analyze the overall structural and historical background behind the accidents from a position that is autonomous of the government effort. While we are confident that the government’s investigation committee will submit a fair and exacting investigative account, we also plan to evaluate the government’s interim analysis in our own report. Publication of our Japanese-language report is slated for the end of February 2012, with release of the English version planned for next summer.
We believe our private-sector investigation into the accident at the Fukushima Daiichi Nuclear Power Plant is of historical significance for the following reasons:

Already we have been able to obtain commitments from some of the most respected experts from various relevant fields to serve as members of the “Independent Investigation Commission on the Fukushima Daiichi Nuclear Accident.” In addition, researchers, lawyers, journalists and other experts who have been working on this issue in their respective fields have joined the working group that will draft the report.
As the investigation progresses, more and more questions will naturally arise. We believe there are a multitude of issues, both primary and secondary, that demand clarification. As we resolve these matters, we hope to share our findings, reference materials, and any insights gained with the public. This is why our website now features a page dedicated to the independent investigation commission, where citizens are invited to contribute their own information and perspectives to the initiative. We hope that you will support our efforts.