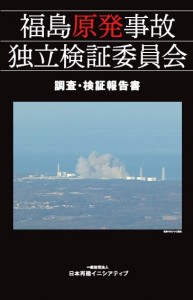 The Independent Investigation Commission on the Fukushima Nuclear Accident has been delving into the causes of the nuclear accident at TEPCO’s Fukushima Daiichi Nuclear Power Station and the failure to contain its damage from an independent, private-sector perspective. The Commission announced its 420-page Report after six months of thoroughgoing research and analysis on February 28th, 2012. A detailed testimony by one of the workers at Fukushima Daiichi nuclear plant is the prologue of the Report. It describes what the worker saw and experienced during the first hours after the plant had been stricken by the earthquakes and tsunami. The main text consists of four parts:

The English edition of the Research Investigation Report has been published from Routledge on March 6th 2014.