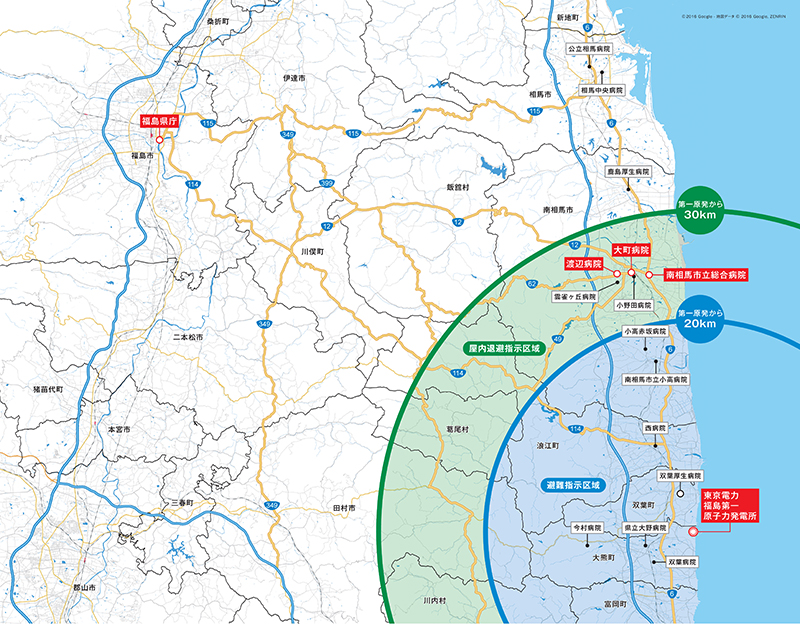 In order to assess the challenges of and to draw lessons from the Fukushima nuclear accident before memories fade with the passage of time, this project investigated the medical system and evacuation of hospitals during the crisis.

The project conducted interviews surveying six hospitals, pharmacies, elder facilities, and administrative agencies, all located within the sheltering zone, a 20-30km area from TEPCO’s Fukushima Daiichi Nuclear Power Station. This area was where people were forced to discern the risks of both radiation exposure and evacuating for crisis response at the time of the accident. During the one-year field investigation, the project members conducted detailed interviews with hospital directors and staff as well as those who worked for local governmental agencies, about what kinds of challenges hospitals faced at that time, how they tried to overcome them, and from them what kind of lessons they have learned.

The traditional disaster damage-prevention plan has been based on the following ideas: self-help (self-preparation for emergencies), public help (governmental support), mutual help (mutual support among neighborhoods), and cooperative help (institutionalized mutual cooperation, such as disaster partnership agreements with other communities), However, through the investigation, it was revealed that all of the above could not function adequately during the crisis response to the Fukushima nuclear disaster. In fact, “Personal-network help,” support based on more moderated rather than institutionalized networks, worked best under these conditions. 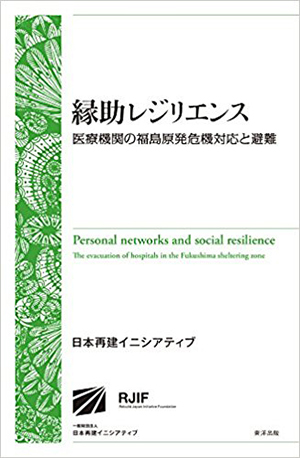 This project investigated the critical situation of medical institutions in the sheltering zone, a 20-30km area from TEPCO’s Fukushima Daiichi Nuclear Power Station, at the time of accident. During the crisis response to the Fukushima nuclear disaster, ideas such as self-help, public help, mutual help, and cooperative help, on which the disaster damage prevention plan has been traditionally based, did not function, but “Personal-network help,” support based on more moderated rather than institutionalized networks, worked best. The report advocates “Personal-network help,” a new concept of disaster prevention and disaster response for surviving a crisis. 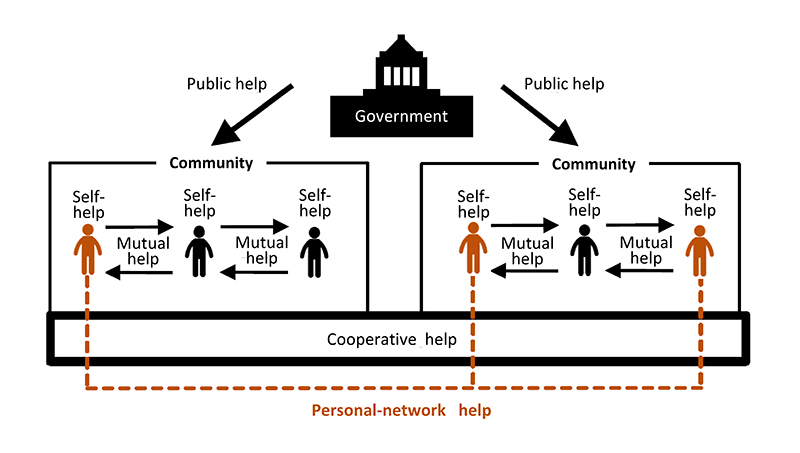 Profile
He served as a part-time doctor at the local Minamisoma Municipal General Hospital since May 2011, shortly after the Great East Japan Earthquake. He contributed the affected area not only through usual medical services, but also by investigating radiation exposure risk with internal exposure examinations using whole-body counter.

Profile
He specializes in crisis management. For RJIF, he co-authored both reports as the leader of the Working Group for Part 2 of the Independent Investigation as well as a working group member for the Special Investigation Commission on Population Issues.

Profile
He was an Expert Panel Member of UN Security Council Iran Sanctions Committee between 2013 and 2015. In 2012, he received the 34th Suntory Prize. For RJIF, he co-authored both reports as the leader of the Working Group for Part 3 of the Independent Investigation as well as a project member for the Fukushima Nuclear Crisis as Seen Through the Yoshida Hearings.

Profile
She graduated from the Faculty of Arts and the Gradua
te School of Frontier Sciences, The University of Tokyo. She specialized in Geographic Information Systems (GIS), consulting mainly in Europe, as part of her PhD study at The Centre for Advanced Spatial Analysis, University College London. She has worked on many projects in research and consulting on urban policy in private sector and think tanks, and served as the staff director of the Independent Investigation Commission on the Fukushima Nuclear Accident.