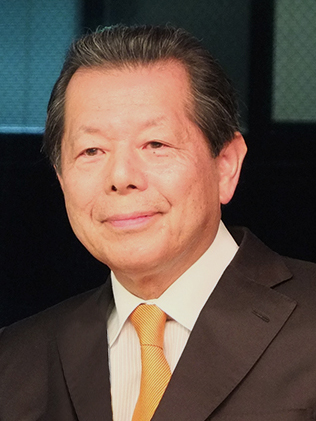 “In many ways, he was the heart and soul of what made the Asahi the great paper it is.” Orville Schell, Director, Asia Society

On 17 February 2016 it was announced that Dr Yoichi Funabashi, former Editor-in-Chief of the Asahi Shimbun and RJIF Chairman, was named the 2015 recipient of the Shorenstein Journalism Award. Laureates of the award, given annually by Stanford University’s Walter H. Shorenstein Asia-Pacific Center, are honored for distinguished careers in journalism and in particular their contributions to helping American readers understand the Asia-Pacific region.

Originally the award was set up to honor American journalists, but since 2011, the scope of the award was expanded to include Asian journalists who go beyond the call of duty to defend the freedom of the press, and foster lasting ties and mutual understanding between the United States and Asia.

Thirteen journalists have received the award since its founding in 2002, with Dr Funabashi becoming the first Japanese recipient. Upon receiving the award, he made the following comments.

“It is truly an honor to become the 2015 recipient of the Shorenstein Journalism Award. The list of former laureates is a real hall of fame with individuals that I have greatly admired throughout my career. I cannot express how delighted and humbled I am at joining this elite group.”

I have been covering the region for over 40 years now and not once has there been a major military conflict. I am constantly mindful of the fact that my time as a reporter has passed without the need of becoming a war correspondent. Today, my main preoccupation is to do what I can as a journalist to ensure that peace, security and prosperity continues to be the region’s story.

Finally, I would like to express my heartfelt gratitude to the Asahi Shimbun that provided me with a platform to grow as a journalist. It was a proud and unforgettable moment to read Orville Schell’s comments (top) about my contributions to the paper. I am indebted to the support of all my colleagues, mentors and above all, my readers over the years who made this achievement possible.