Skip to content
Tweet
Rebuild Japan Initiative Foundation (Chairman: Yoichi Funabashi) is pleased to announce the publication of Japan’s Population Implosion: The 50 Million Shock (English title is tentative), a book based on the discussions at the Private Ad Hoc Commission on Population Issue.

Should the current birth rate remain unchanged, Japan’s population, which stood at nearly 50 million people 100 years ago, will shrink once again to 50 million by the end of this century. And it will not be a country overflowing with the young as in the Meiji Era (1868-1912), but an old country where the elderly account for 40 per cent of that 50 million. If this happens, there is strong fear that Japan’s social vitality and the vital forces of the state will be debilitated, the politics of jealousy become rampant, and people lose confidence and become trapped in pessimism, living just for the moment. No longer will we be able to maintain the culture and traditions we have nurtured unbroken. This must not happen. It must not be allowed to happen. 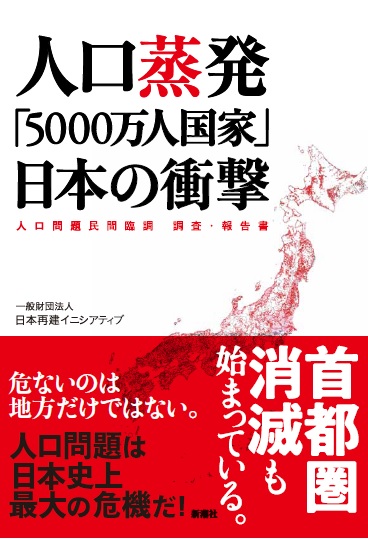 The study and report in this book are aimed at the following objectives: