The International House of Japan (I-House) is pleased to announce that we have selected Dr. Ken JIMBO as our Managing Director in charge of Programs upon the merger with Asia Pacific Initiative (API).

Dr. JIMBO will oversee the entire Programs of the institution as Managing Director (Representative Director) and API President of I-House. 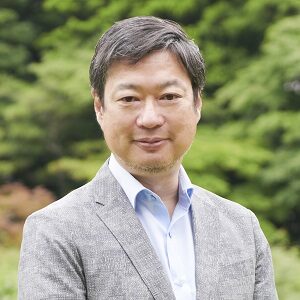 Upon accepting the position, Dr. JIMBO stated:
“The merger of the International House of Japan and Asia Pacific Initiative is a milestone in the history of Japanese think tanks. Combining the I House’s historic facility and cultural programs as well as API’s policy research and exchange programs, I hope that we can cultivate an intellectual foundation that is interdisciplinary and can develop as a base for communication and dialogue from Japan to the wider world. I will lead the I-House to grow as a global think tank as Managing Director in charge of Programs.”

Profile of Dr. JIMBO
Ken JIMBO also serves as Professor at the Faculty of Policy Management, Keio University. Previously, he served as Special Advisor to the Minister of Defense, Japan Ministry of Defense (2020) and as Senior Advisor to The National Security Secretariat (2018-20).

His research primarily focuses on international security, Japan-US security relations, Japanese foreign and defense policy, multilateral security in the Asia-Pacific, and regionalism in East Asia. He has been a policy advisor for various Japanese governmental commissions and research groups including the National Security Secretariat, the Ministry of Defense, and the Ministry of Foreign Affairs. His writing has appeared in NBR, The RAND Corporation, Stimson Center, Pacific Forum, CSIS, Japan Times, Nikkei, Yomiuri, Asahi, and Sankei Shimbun.