A Tokyo-based think tank sharing better ideas for Japan and the world
MENU
2018.03.30 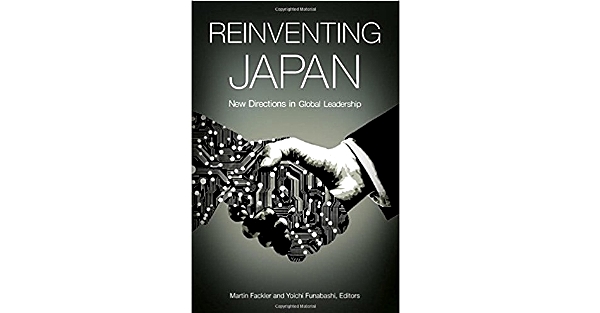 “Reinventing Japan: New Directions in Global Leadership,”published by Praeger on March 31, 2018. This is the English companion volume to “Galapagos Cool,” which was published in Japanese by Toyo Keizai, Inc. in 2017. Both books were the product of an almost two-year project, entitled “Why Japan Matters,” which looked at how Japan could contribute more to the world, and take a bigger leadership role in the liberal international order.

Written for overseas audiences, “Reinventing Japan” examines how Japan has quietly reinvented itself from a catch-up economy into a global leader in innovation and creativity, one whose soft power is now recognized as extending from postmodern architecture to pluripotent stem cells. The book takes a fresh look at the so-called Galapagos phenomenon, in which Japan has evolved a distinctive economic and technological ecosystem, and argues that this difference can actually be a source of strength by offering unique products, ideas and solutions to the rest of the world.

Written by a dozen experts in their fields, this book describes Japan’s actual and potential contributions to the world in fields ranging from fashion and pop culture to development aid and historical reconciliation. The authors argue that, as a front-runner in problems ranging from demographic aging to chronic deflation, Japan is actually a leader in finding solutions to the social and economic challenges now facing the entire developed world. The authors seek to demonstrate that, in an era of rising doubts about the future of American leadership, the time has come for Japan to step into a new role as a purveyor of models and values better suited to today’s multipolar and diverse world.