A Tokyo-based think tank sharing better ideas for Japan and the world
MENU
2020.01.06 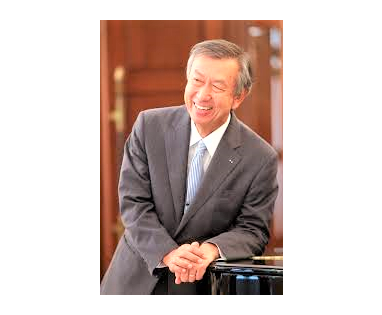 Dr Miyagawa held successive positions in the Ministry of Foreign Affairs, including Legal Desk Chief, Deputy Director of the US-Japan Trade Division and of the Russian Division, Director within the Economic Affairs Bureau and Asia Oceanian Bureau, Deputy DG (Director-General) of Climate Change Negotiations, DG of Nuclear Non-Proliferation and Disarmament, and DG of Middle East and North Africa. He served in the Japanese embassies in the UK and Malaysia, and in the Japanese Mission in Geneva. Currently, he holds the position of Special Advisor on National Security, NSS, within the Cabinet Bureau of Japan. He received a D.Phil. in International Relations from Oxford University, and a BSc in Aeronautical and Spacecraft Engineering from the University of Tokyo. He has lectured at the National Graduate Institute for Policy Studies and at the University of Tokyo, and has served as Director of the Japan Institute of International Affairs (JIIA). He has published numerous books and articles, including “Do Economic Sanctions Work?” He received the distinction of Commandeur de L’Ordre National du Mérite (Commandeur) from the Republic of France.

Established in July 2017, Asia Pacific Initiative (API) is a think tank and forum which aims to uphold and strengthen the liberal international order in the Asia-Pacific so as to maintain peace and prosperity in the region. API’s objectives are to promote joint research and networks, to create platforms for proposals, to bolster cross-border dialogue, to form a robust intellectual community among the nations of the region, and to discover, educate and collaborate with next-generation leaders.

Asia Pacific Initiative Forum (APIF) is an invitational forum at which business leaders from Japan and Asia (ASEAN, India) come together to form a common vision for the coming decades, and create a new innovation ecosystem. Over the course of the annual meeting, about 200 next-generation Asian innovators exchange opinions on the trends and effects in society, economics, business and technology in the region to create new ideas and synergies among all of the participating companies. The inaugural APIF meeting took place in Yokohama in December 2019.