A Tokyo-based think tank sharing better ideas for Japan and the world
MENU
2016.10.25 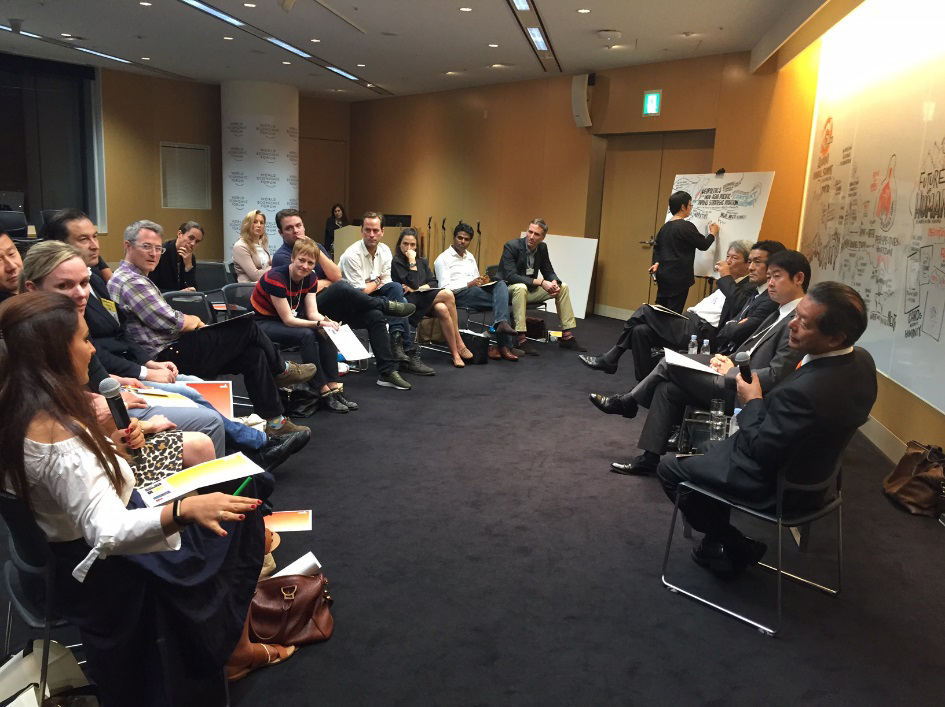 On October 19, 2016, RJIF was pleased to host two events for the World Economic Forum’s Young Global Leaders (YGL) Annual Summit in Tokyo. The YGL is a global community of over 800 rising stars from diverse fields and sectors. RJIF gathered a panel of top experts and practitioners to speak to two groups of YGLs about the future of the media in Japan and geopolitics in the Indo-Asia Pacific.

In conversation with a panel of leading commentators and practitioners, the session, which was held at Yahoo Japan’s new Tokyo HQ, explored how the media in Japan is responding to the dual challenges of globalization and the digital revolution. Key dimensions that were addressed included: the challenge of forming a sustainable online strategy in an ageing society, recent initiatives to break into the global media supply chain, the increase in user generated content, the domestic and regional politics of media, and controversies surrounding the freedom of the press.

Session 2: Geopolitics in the Indo-Asia Pacific and Japan’s Strategic Position

This session welcomed 3 leading experts in international relations and politics in Asia, and Japan-US relations. They exchanged views with 20-plus YGL members on the recent development of the Indo-Asia Pacific region, which is becoming the world’s economic and strategic center of gravity. At the same time, this region is becoming more complex and is a hotspot for geopolitical risk. Along with its economic rise, China is seeking to expand its political influence on a region that has hitherto looked to the United States for security and leadership. As the third largest economy, a democratic nation, and America’s closest ally, Japan is strategically positioned to play an even greater role in a region of flux.